Halloween Songs for a Party

When you are looking for good Halloween music, it’s most likely in preparation for a seasonal party (although maybe you are like us and are happy to play spooky sounds in the weeks prior to the holiday). The types of songs you will want to add can vary if you are planning a Halloween party for adults, versus a party for kids. This list of top 10 old and new Halloween songs is meant to work well for either type of party, or for a party with a mix of adults and kids. All of these songs are family-friendly, but are not “for-kids” songs.

Here are the top 10 old and new Halloween songs to get you started! We can’t ignore the basics (classic songs you can’t do without), then let’s talk about what’s new out there (links to YouTube and Spotify included)! 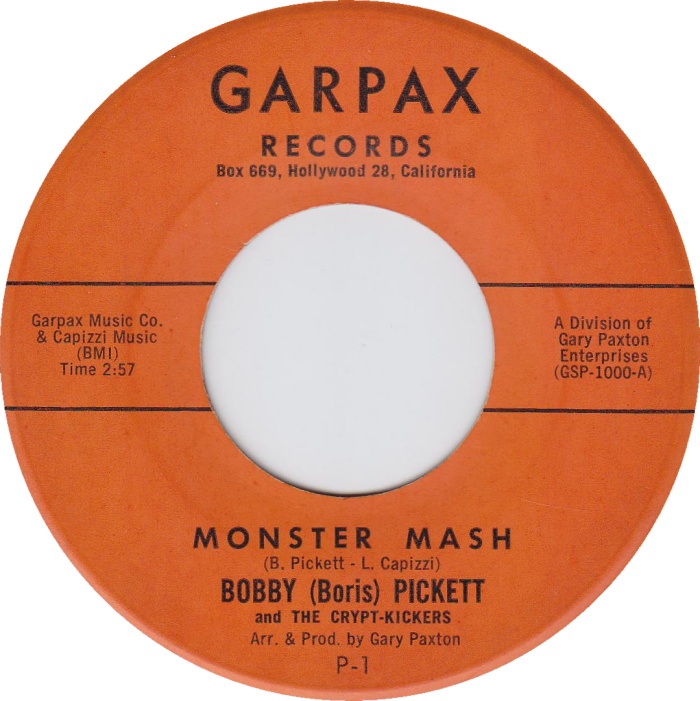 Possibly the most iconic Halloween song is none other than the “Monster Mash,” by Boris “Bobby” Pickett. Nothing else quite sets the tone for Halloween like a song about monsters dancing. The song released in 1962 and has stood the test of time, inspired multiple cover versions, and even became popular overseas in countries like the UK where Halloween was not as popular of a holiday as it is in the US. We can’t imagine a Halloween playlist without it.

This song is not only loved on Halloween but year round and across the globe. “Thriller,” by Michael Jackson, released in 1982 and is not only a popular song but also a 14-minute short film. The film was directed by John Landis, was the third of three short films produced for the album. This story of zombies reanimating not only has a popular tune but the choregraphed accompanying dance is recognizable by most in an instant. Just try playing “Thriller” at your Halloween party without getting a large participation of ghoulish dancing by your guests.

The name alone exudes Halloween and dance! “Transylvania Twist” by Baron Daemon and the Vampires released in 1963, and is a fun jive to dance to with all the spooky undertones you crave in a Halloween song (just listen to that spooky laugh). Mike Price was a staff announcer at Channel 9 in Syracuse, NY, and while discussing with the station manager how they could air some old horror films they leased (including “Dracula”), he suggested doing a comedic skit while doing an imitation of Bela Lagosi’s Count Dracula. He went with the name Baron Daemon and a sensation was born! We love it for a Halloween party as it fits along perfectly with “Monster Mash.”

What is good Halloween music is sometimes not a traditional Halloween song, but rather a song from an iconic Halloween movie that re-popularized it. One of the most iconic scenes from the movie Beetlejuice, The Banana Boat Song (Day-O), originally released in 1956 by Harry Belafonte, was featured during a dinner party scene as the guests become possessed and sing and dance to the song. Any Beetlejuice fan will rejoice at the sound of The Banana Boat Song (Day-O) and guests not as familiar with the track will still find it hard to resist this toe-tapping tune.

#5 This is Halloween, Danny Elfman

You could say that “This is Halloween” by Danny Elfman, released in 2006, is the theme song of Halloween itself. Considering it is from the children’s Disney movie “Nightmare Before Christmas,” it is surprisingly beloved by kids and adults alike. Or perhaps it shouldn’t be so surprising as the song was released over 15 years ago so fans that grew up watching this movie are now adults themselves. Spooky and fun for all, this classic Halloween song can set the party mood right from the start!

While not quite making the list, honorable mentions go to “Dragula,” by Rob Zombie, “Somebody’s Watching Me,” by Rockwell, and “I Put a Spell on You,” by Jalacy “Screamin’ Jay” Hawkins. Also not quite making the cut, but certainly worthwhile to mention, theme songs such as The Addams Family opening credits song, The Munsters theme song, and the Ghostbusters theme song are always a nice addition to a Halloween playlist.

The list here could go on and on with the classics, and while they should remain the backbone of any good playlist, it’s time to introduce something new to the mix!

“Scream for Me” by Abbie Quinn released in 2020 as a fun novelty song that’s perfect for Halloween. In the tradition of “The Monster Mash,” D’Count (Dracula’s cousin) and Zgor (Igor’s youngest brother) are friends. D’Count has a 9 piece band plus backup singers; Zgor is sort-of in the band. This is not your Tom Cruise/Brad Pitt Vampire Combo headlining Las Vegas; they’re more a Leslie Nielsen ‘Dead And Loving It’ band. We find them playing a nightclub… D’Count is crooning ‘Scream For Me all night long’. Zgor tries to carry the middle-eight but has trouble with the instruments. As the song comes to an end frenzy overtakes the band and they fly into the audience. Pandemonium ensues! When the carnage abates D’Count and Zgor fly off into the night. Add this new Halloween song to your party playlist and you too will have fun joining in singing “Scream for me, bebay!”

Gerard Way of My Chemical Romance released “Baby You’re a Haunted House” in 2018. This catchy tune probably isn’t what you would expect from Gerard Way. It has a traditional rock band sound more similar to the Beatles than MCR. The music video features a band of skeletons singing a spooky and somewhat corny love song that’s hard not to love right back. The simple lyrics will having you singing right along by the second or third chorus, making it a great addition for a party that wants to engage everyone, even if you haven’t heard this track before.

#3 Carol of the Pumpkins – A Halloween Song, Liechee

No it’s not Christmas, but this song is a unique merge of the snowy holiday that the US loves the most, with seasonal favorite number 2, Halloween. Liechee performs “Carol of the Pumpkins – A Halloween Song,” released in 2020, sung to the classic tune “Carol of the Bells” (originally written by Mykola Leontovych in 1916). Grab the attention of all your guests as they realize this isn’t the classic Christmas carol, but a Halloween themed version. Filled to the brim with Halloween references, this hauntingly beautiful track fits the spirit of the season surprisingly well.

From the album Outsider, “On Halloween” by Michael O’Hara released in 2021 and offers the best in that classic rock sound with a Halloween theme. Love a good guitar solo in the mix? This song has it and more. While the track offers a slower tempo, it still has instrumental punch that will have you rocking along on Halloween night.

This song is a fun play on “Monster Mash” with a similar tune, but from the perspective of the most well-known monster’s trying their hand at trick-or-treating (without much success). “The Monsters Trick or Treat” by Sean Keller, directed, filmed, and edited by Megan Duffy, released in 2019. The characters resemble the classic Frankenstein, Dracula, and Igor. Going door to door looking for their favorite Halloween treats, they find they may be a little too scary for the homeowners they visit. With the help from a witch they are cast with a spell to make them look like the rest of the kids. This is another great song to complement a classic Halloween party theme.

A History of Halloween Parties

While Halloween traditions have changed over the years between the Celt’s celebration of Samhain over 2000 years ago, and the Roman’s introduction of All Saints’ Day around 1000 A.D., most modern traditions, such as Trick-or-Treating, didn’t begin until the late 1800s. Autumn festivities were a common occurrence by the mid 19th century, but Halloween was not yet widely celebrated in the US. By the late 1800s, Halloween started being celebrated by communities in with neighbors coming together for parties with games, seasonal foods, and festive costumes.

It wasn’t until sometime between the 1920s and 1950s that the Halloween traditions we know in 2021 were commonly practiced. Many communities celebrated with parades and town-wide Halloween parties. By the 1950s, Halloween became much more an event for children (in part due to the fifties baby boom), and parties became smaller and centralized around individual families. Trick-or-treating, which had previously lost popularity, came back with a surge during this time, and remains the most common community-related activity of the season.

Halloween is the second largest commercial holiday in America, second to Christmas, with an estimated $8.05 billion spent on Halloween 2020.

While the Monster Mash (released in 1962) and other songs on our list of top 10 old and new Halloween songs may seem like the first Halloween songs to emerge, the oldest Halloween-esque song dates back to 1942: That Old Black Magic, by Glen Miller and His Orchestra. Other worthy mentions are Rockin’ Ghost (1956), by Archie Bleyer Orchestra and Chorus, and The Purple People Eater (1958), by Sheb Wooley.

What is good Halloween music?

Here is our final list of the top 10 old and new Halloween songs:

If you want to listen a premade playlist with these hits and more, check out this fun Halloween music playlist we created on YouTube.